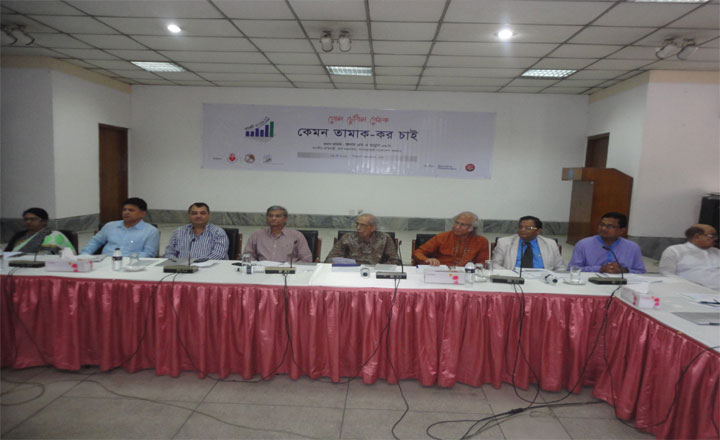 Honorable State Minister said in his speech that Bangladesh Government is considering the issue `Raising tobacco tax’ in the upcoming budget with great importance and abolishing of price slab on cigarette will be prioritized. He also said- planning of imposing annual licensing fees for the tobacco furnaces, raise export duty from 10%, and annulling the duty-free facilities for cigarettes are underway.

Qazi Kholiquzzaman said that the existing slab-based tax system should be removed.

Mr. Hossain Zillur Rahman said that awareness is not only important issue, obligations should be developed for tobacco control and raising tobacco tax is one of the important strategies. He also stated that increasing tobacco tax has no chances to create any negative impact on the national economy.

Mr. Saber Hossain Chowdhury MP has mentioned about the Government share in tobacco industries. He said while honorable prime minister has given obvious guidelines to make Bangladesh tobacco free within 2040 and her Government is taking initiatives in this regards, now it is high time to think about the withdrawal of those shares.

Mr. Abdul Matin Khasru MP expressed his straight opinion that tobacco kills, so cultivation of it should be stopped totally. At the same time tobacco products should be expensive by raising tax as those become beyond purchase.

Mr. Md. Nobi Newaz MP said that tobacco spoils our young generation fatally. Raising tax on tobacco products to make those unavailable is a very important effective strategy. But moral education is now an important area thinking also. In educational curriculum tobacco and its health hazards should be included.

Honorable guests and participants of this round table meeting have placed valuable and very relevant proposals before honorable state minister. Such-

Major print medias had made big coverage and couple of electronic medias had broadcasted news on this round table meeting. Some photos of that meeting are shared here. 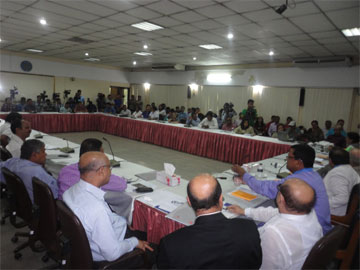 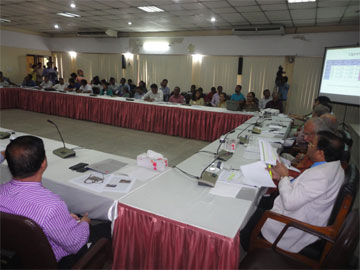 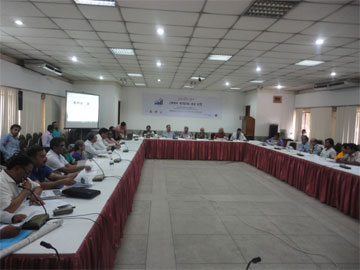