Noteworthy that, National Heart Foundation of Bangladesh and United Forum Against Tobacco (UFAT) have been working on "Capacity building of health care professionals for ensuring tobacco free health care premises in Bangladesh" in the selected hospitals in divisional level since 2011. "Orientation on Tobacco Free Hospital Guideline for physicians and hospital staffs" and "Voices of Tobacco Victims" are also the mentionable programs conducting in these hospitals. Meetings with directors and other senior level administrative staffs of the selected hospitals were held. In these meetings hospital directors were apprised of the tobacco free hospital guideline drafted by UFAT and planning for wider dissemination among the physicians and staff of the hospitals were done. Gazi Medical College Hospital, Khulna is one of those hospitals where such programs were conducted.

On 3 April 2014, "Orientation on Tobacco Free Hospital Guideline for physicians and hospital staffs" was held in Gazi Medical College Hospital, Khulna and a follow up program was held on 21 April 2016. From the starting period to till date, UFAT is providing support to bring exemplary impacts.

Gazi Medical College Hospital, Khulna is a private hospital with a smaller premises than any Government Medical College Hospital comparatively. So monitoring and bringing impact was possible and it was done effectively. But in case of Government premises, it is still a challenge for us. According to the tobacco control law hospital and clinic premises will have to be 100% smoke free. So it demands a bigger attention indeed. 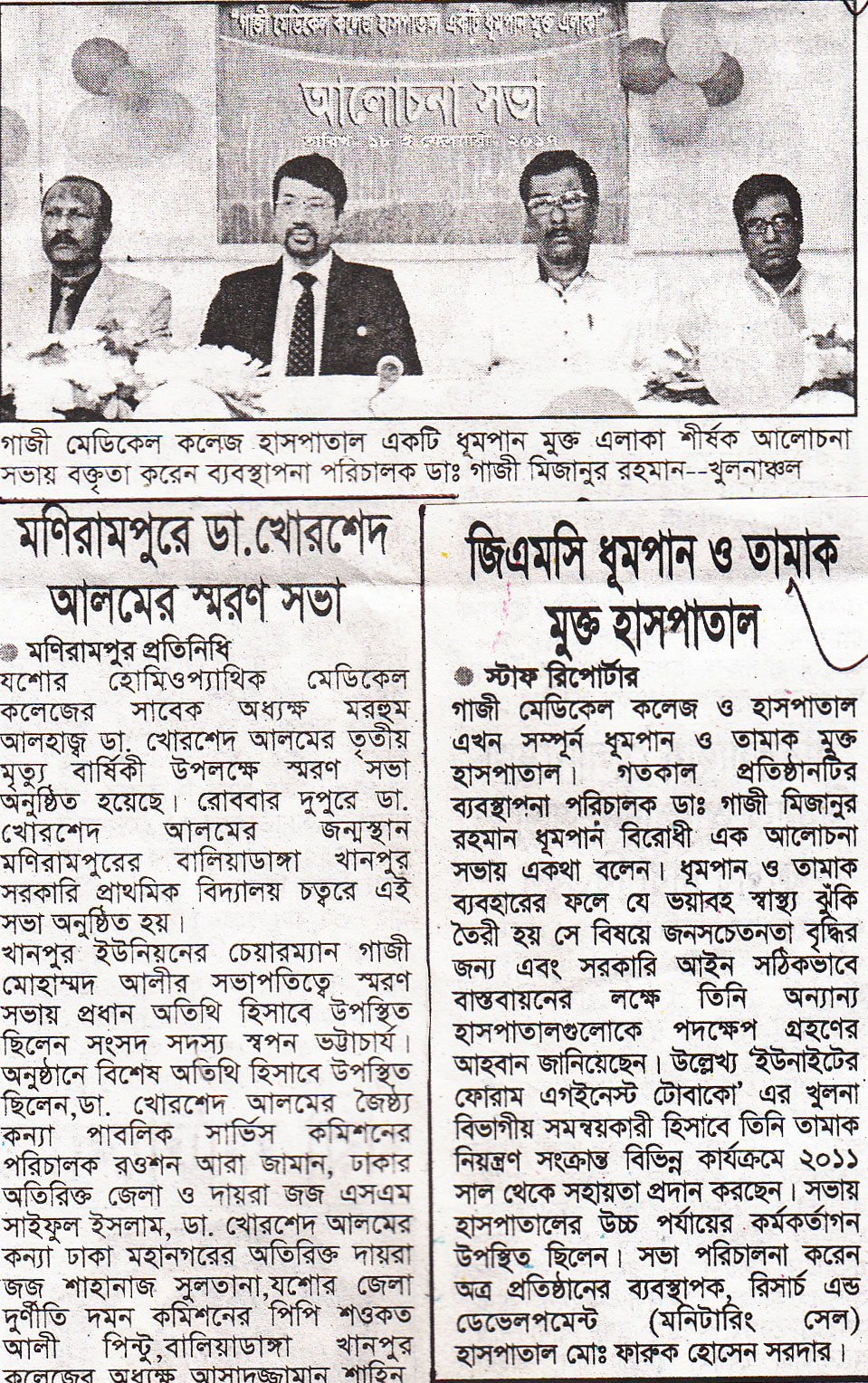 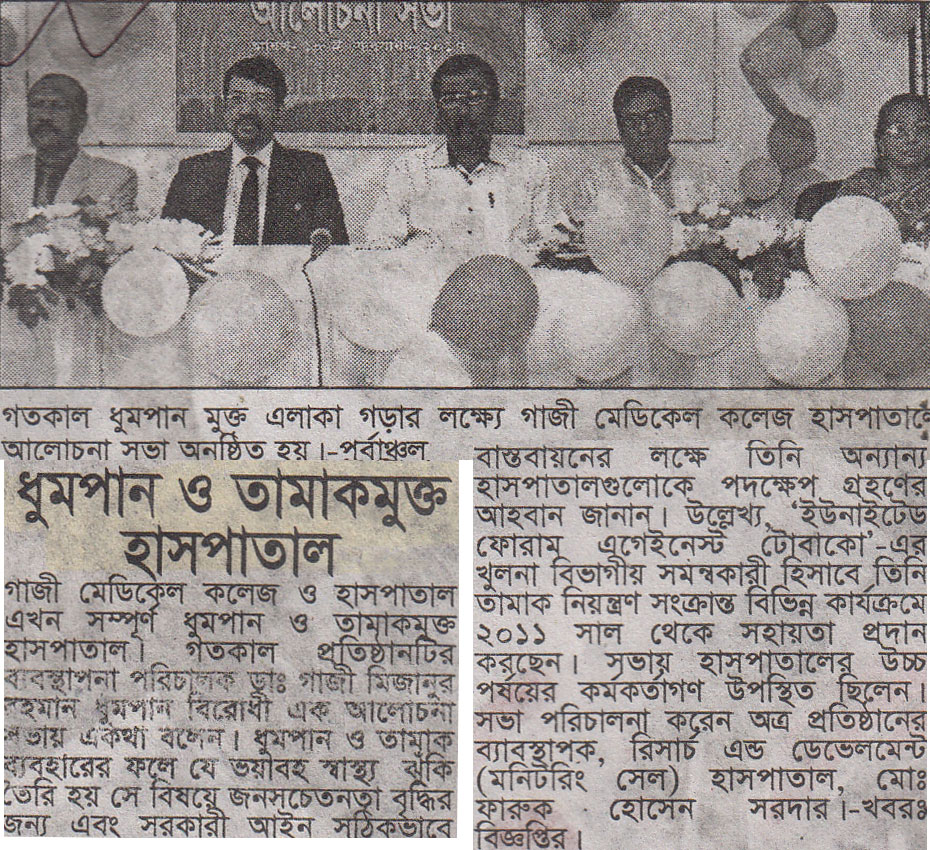