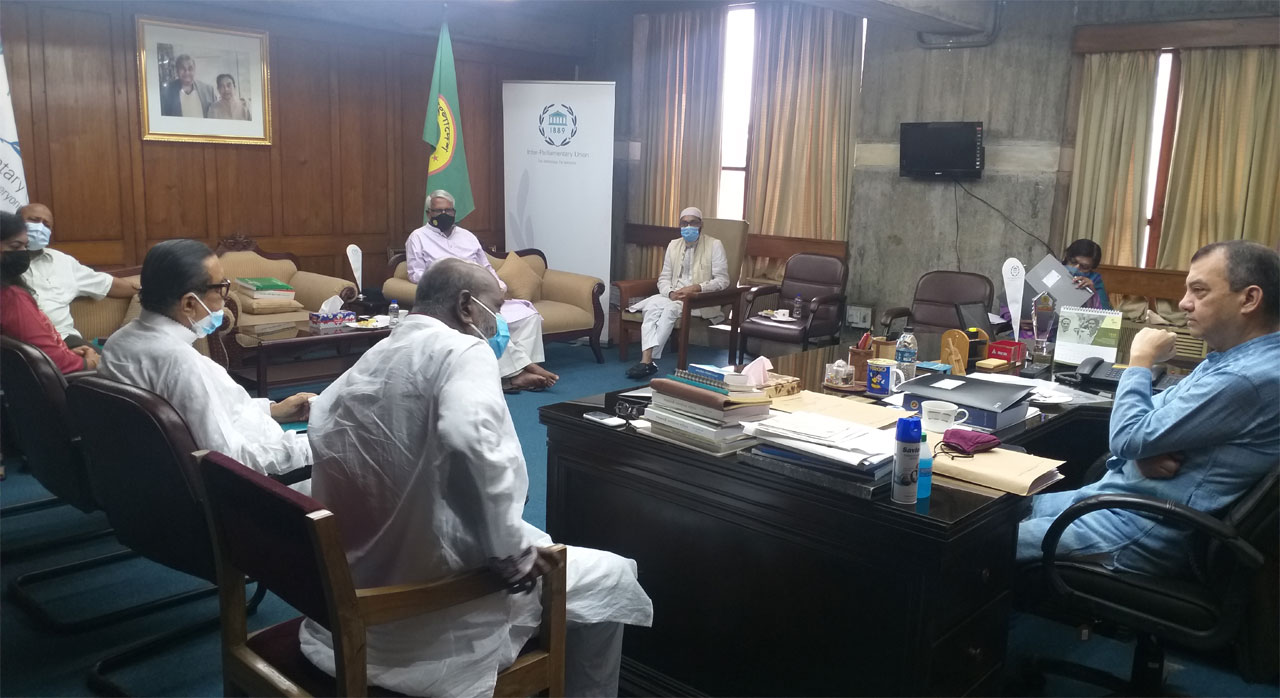 National Heart Foundation of Bangladesh and Tobacco Free Bangladesh Platform jointly organized a view exchanging meeting on tobacco control issues on 20 June 2021 at the office of the Parliamentary Standing Committee on the Ministry of Environment, Forest, and Climate Change. It was chaired by Saber Hossain Chowdhury MP. Couple of honorable MPs including chairpersons of different Parliamentary Standing Committees graced the meeting and shared their valuable opinions and suggestions on tobacco control issues.

In the meeting, honorable MPs placed their demand for raising taxes on tobacco products, including low and medium-tier cigarettes, to reduce the easy availability of tobacco to protect public health. They opined that inflation and per capita income growth should be adjusted while raising the price and tax.

He added that Health and Family Welfare Minister Mr. Zahid Maleque had written a letter to the Finance Ministry demanding an increase in tobacco tax but it had not been fully implemented. He said the chairpersons of the parliamentary committees would also send a letter to the finance minister in this regard in line with the health ministry.

Emphasizing on protection of public health, Mr. Makbul Hossain MP said that if the availability of tobacco is reduced, its consumption will be reduced. Therefore, the prices of these harmful products have to be increased. Besides, measures have to be taken to stop the sale of tobacco products here and there. He also said that tobacco farmers should be encouraged to cultivate alternative crops.

Regarding the increase in the price of tobacco products, Mr. Shamsul Haque Tuku MP said, "As per the promise of Prime Minister Sheikh Hasina, tobacco must be taken out of the reach of the people from now on to ensure a tobacco free Bangladesh by 2040."

Regarding reducing the availability of tobacco, Mr. Shahiduzzaman Sarkar MP said it is possible to control tobacco by formulating and implementing strong laws and policies. Beside this, MPs discussed on harder implementation of existing tobacco control law as well to amend it to make it stronger. Awareness development and law implementation should be addressed parallelly prioritized on public health..

Finally, participating MPs announced that they will appeal jointly to the higher policy makers on the tobacco control issues and will play role to protect public health.